These five markers below are located in the Memorial Park of the National Museum of the United States Air Force in Dayton, Ohio.

The WWII 317th Troop Carrier Group and all four squadrons who were assigned to it have markers in the park. 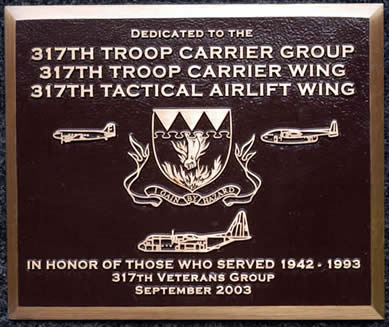 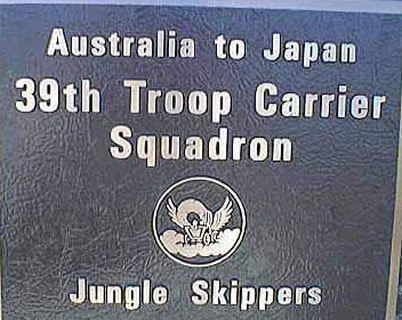 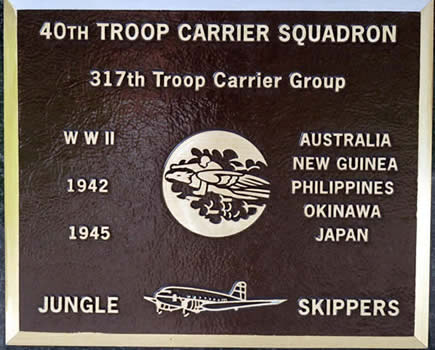 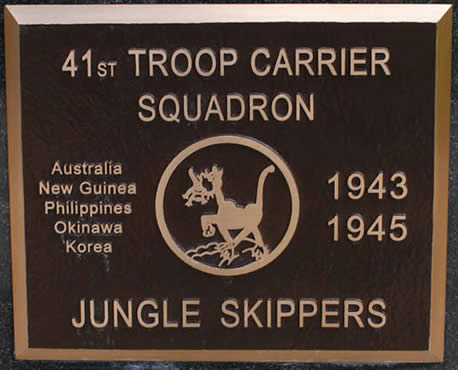 The 46th TCS plaque was dedicated at the Air Force
Museum's Memorial Park on Sept. 23, 2010.
Click Here for the dedication speech. 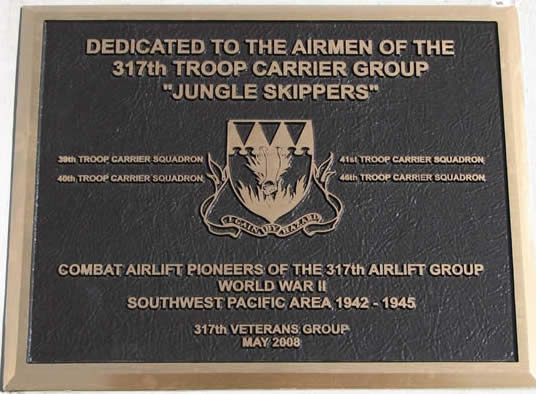 This marker is located in the Linear Air Park at Dyess Air Force Base, Abilene, Texas

It is in front of a Jungle Skipper C-47 aircraft.
Click here for the dedication speech.

This plaque below was dedicated at our Melbourne, Florida reunion in 2009.

The 317th Troop Carrier Wing was based at Evreux Fauville Air Base, France from April 1957 to June 1964 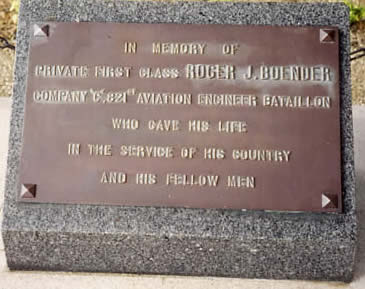 PFC Boender’s Battalion was a SCARWAF (Special Category Army With Air Force) unit assigned to Evreux Air Base for construction of the trailer park.  He was fatally injured in a 1955 construction accident on the Air Base.  The memorial was dedicated in 1956 by Major General Robert M. Lee, 12th Air Force Commander and Colonel Earl Worley, the first US Air Force Base Commander at Evreux.  Several years later the trailer park was named “Boenderville” in honor of PFC Boender.

On June 26, 1999 a full military honors ceremony was held at the memorial.  Representing the American veterans, Major General Charles L. Wilson, USAF (Ret) and Colonel James McDonald, USAF, Air Attache, American Embassy, Paris laid a wreath at the memorial to PFC Boender.  Colonel Ariel Pavillet, French Air Force, Base Commander then placed a wreath for the French Airmen and veterans of the base.

With presentation of arms, the national anthems of France and the United States were played.  Gen. Wilson and Col. Pavillet then inspected the honor guard of French Commandos that participated in the ceremony.  Guests of honor were Mrs. Oralie Worley, widow of Col. Worley and her daughter Cheri Sherrill.  Mrs. Worley was also present at the original dedication of the memorial in 1956.

The memorial is located in a small memorial park next to the building housing the French Air Force Officer’s and Airmen’s mess facilities. 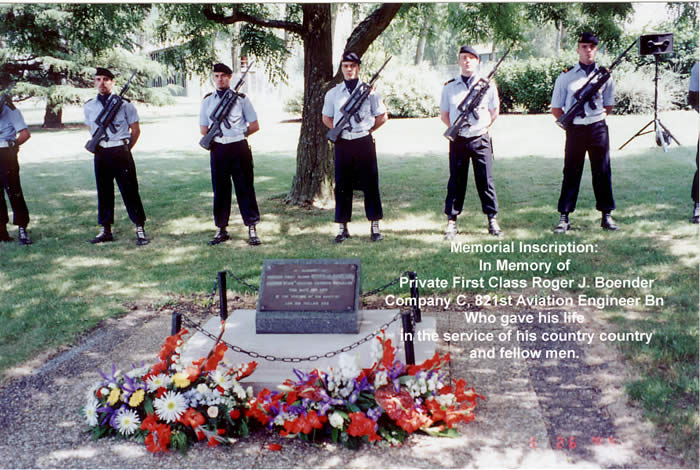 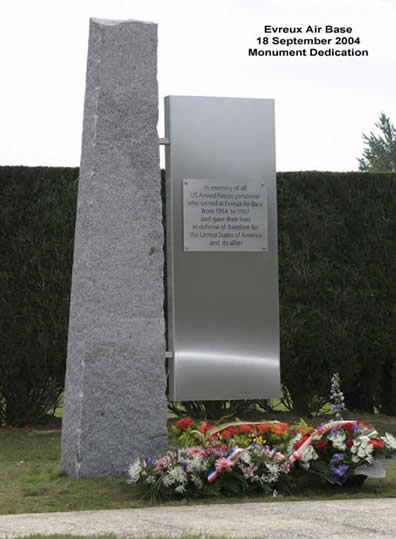 This Paving Stone above is Located in the Memorial Park
at the Air Mobility Command Museum.
This Museum is at Dover AFB, Delaware